Howard E Richmond MD reflects on heckles from the darkness

You may know that I learned to do stand-up comedy in the mid 1990’s. I graduated from an eight-week comedy course and immediately performed my first set. I got a bunch of laughs and I was hooked for about two years until December 10th, a Wednesday evening, 1997.

Listen to the audio or keep reading below …

There was a Make-a-Wish-Foundation charity comedy event at the Comedy Store in La Jolla. I was number 11 in the line-up and still very much a rookie. The guy before me was the kind of comedian that picked on the blond in the front row. It was sort of what I’d call vulture humor.

When I got up, I just started into my routine. People weren’t paying attention to me…the worst thing that could happen.

Now, if I was more experienced, I would have gone up to the blond in the front row and said, “I’m a psychiatrist, are you okay? How are you feeling? That bad comedian really beat you up. We’re not going to do that now.”

I didn’t know how to do that then.

So, instead, I’m on stage and people are chatting, and I’m getting a few heckles from the darkness. I’m saying to myself, _oh no, this is the worst thing_. I hurried my set and got off the stage.

And then, the critic or the parents, are pre-frontal cortex, thoughts, beliefs, judgment, conclusions, story.

So, I got to know my committee really well, particularly on that night. My child was feeling hurt, guilty, shameful, worthless. My teen was feeling anger and resentment, jealousy and betrayal. I was jealous the other comics got laughs and I didn’t. I was angry at the crowd for not laughing. And my critic said, _Howard, who do you think you are? You’re not a comedian. You’re a doctor_.

I listened to my critic.

For about two years, I quit comedy altogether. Then, thankfully, I got my footing again. Comedy has really helped me to walk through fear, to disentangle judgment to get to know my committee better.

Because this is the committee that’s reactive, that’s not feeling safe or heard, or understood.

We’ve all got this scared child, the angry teen and the critic. Now, when we’re feeling good, the child can be the one who is the creative playful child, the teen can be the enthusiastic, engaged, adventurous adolescent, and the critical parent can become the unconditional loving parent.

Conceptually this is very sound; experientially it can be challenging to do. That’s why I want to continue to help, share and show what I’ve learned from not only comedy, but also my other great teacher – my most challenging patients. They taught me I didn’t know caca (the Spanish word for crap), because they weren’t getting better. That challenged me!

That invited me to learn how to convert caca to Holy caca. From manure to fertilizer, and fertilizer to rocket fuel.

You cannot plant positive thought seeds in garbage…because nothing will grow. But if you convert your emotional garbage to compost, everything will bloom.

So, that’s the pay off when we put our focus and our energy on shifting out of reaction mode, shifting out of survival, fear-driven mode, and into a space where we can stand in our truth.

It takes awareness and practice AND it’s so worth the effort. 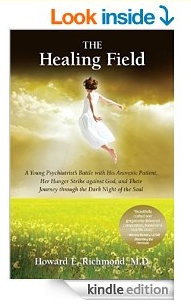